Having Your Voice Heard

19 Jun Having Your Voice Heard

Why Having A Voice is So Important

There are many sides to what happens when people feel they don’t have a voice. Firstly, the individual feels disempowered. It may be that their suggestions are ignored, or that all decisions are made without consultation. I am sure we have all experienced not having a voice at some points in our lives. It’s perfect for sending us right back into feeling like a child, powerless and even resentful.

As a group, if you don’t have a voice, it can lead to deep dissatisfaction.  I have heard many tales of organisations that run annual surveys and yet never implement anything on their results.  Each year, when survey time comes around, people feel more and more cynical. They do this until there comes a time when they can hardly be bothered to complete it. They know nothing will come of it.

The organisation may believe that the survey gives their staff a voice. However, if that voice is never really heard – and listened to – then it’s not a voice in reality.

Finally, as an organisation it can lead to bad decisions. If we don’t listen to people’s voices then we do not have all the information we need and our decision making can be flawed. Meanwhile, we are also storing up the aforementioned problems of dismepowerment, resentment and cynicism. Not having a voice is a bigger issue than perhaps we realise.

But, is it the truth? 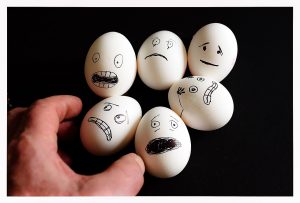 Having a voice is not enough. Another part of the equation is whether people feel they can speak the truth. If it’s an environment where gossip is part of the culture, where Queen Bees and bullying are allowed to fester, and staff members have to people please or engage in presenteeism to be accepted, then truth might be a rare occurrence. If you think about how much it takes to become a whistle blower, to step away from the crowd, then it’s not surprising how rarely that happens.

What having a voice means for us

Think about where you might be having a voice, and where you don’t. At home? In the workplace? How about in your sports team, friendship group or church? Sometimes a lack of having a voice can be self-imposed. We can become people pleasers, keen to be seen as helpful and supportive and so get so used to listening to other people’s stories and dramas we never mention our own. Indeed, sometimes we use other people’s dramas as a way of escaping our own until the point comes when our voice is tied up with theirs and we lose our own story. Sometimes, we can be living or working with narcissists who make us feel that our voice is the most important thing in the world to them…until it’s not.

Most often, however, I see people who don’t even listen to themselves. They take on what other people think they should be doing, what society suggests they should be doing at a certain age, what their family wants them to and so on.  They rarely slow down to actually recognise their own voice in among everybody else.  This is why meditation, jouranalling or solo activities like running or swimming can be so beneficial. We have to really switch off to know what we want to say.

I work with individuals who want their voices to be heard, and organisations who want to hear the voices within. Contact me to discuss working together.