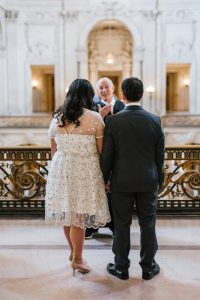 I love using psychometric tools to help people recognise themselves and spot the behaviour patterns have been working for them..and those that haven’t. It is even more powerful when you highlight what really matters to a person when they’re feeling a little like they’ve lost their way. Psychometric tests can tell us all manners of things that can help leaders. Sometimes, however, all you need is a simple pen and paper.

This is description of my session with 49 year old John, a vicar for the past 5 years. Previously working in finance, he had recently been experiencing wistfulness over his former career. He was also feeling overwhelm around the pastoral side of his current situation.  As head of a rural church, he was playing a strong role in the community, visiting local schools, working as chaplain for a local cricket team, as well carrying out all his traditional duties as a minister. In his pastoral work he constantly dealt with death, marriage problems, as well as issues around addictions and illness that he sometimes didn’t feel qualified to address. He found these very draining.

John explained he was called to the Church by God. Initially, I was nervous about working with someone who very clearly had a calling. This was a man who had chosen his career in a way that I hadn’t personally experienced. Prior to the session I did some background reading into the nature of “a calling”. This is a sense of purpose or direction that leads an individual toward some kind of personally fulfilling and/or socially significant engagement within the work role, sometimes with reference to God or the divine” (Dik & Duffy, 2009). I realised that being called to do meaningful work by a divine voice has some parallels with being called to a vocation by a voice or desire within.  That was something I could relate to! Concepts such as personally “meaningful“ and “a sense of purpose” were intrinsic to both of them.

During our session, as we explored what it meant to be a minister. It became apparent that ministry can be seen as a traditional career. There are choices like any other. Questioning where John was now was not questioning his beliefs or religious identity.

When I’m not working with psychometrics I often use a hand little exercise or tool called Personal Constructs. All it needs is a pencil and paper where I can create a grid. So simple it can be in the back of a cab or over a working lunch! Working with Kelly’s (1955) theory personal constructs and this Repertory Grid, we created a grid.  John then came up with key concepts of “God”, “sociable”, “pastoral care”, “in charge”, “variety”, “personal satisfaction” and “mentally stimulating.” All of which had very positive associations for him.

This exercise looks at opposites in your life and what they mean to you. I asked John about his choice of “pastoral care” versus “individual concern” and it became clear that he had meant shared pastoral care. This was something that was not happening in his church at the moment. With that clarified, our conversation shifted to what he would like to be happening within his current position, and we moved onto coaching.

John decided that he needed help from the leadership team . They could share pastoral visits to hospital and house bound people, for instance. He also expressed a need for a network of counselling contacts and options that he could refer people to. This would stop him carrying the burden alone.  He set realistic goals that often only involved conversations telling people he was struggling and needing a little help. With some of the more mundane pastoral duties shared, he felt would be able to cope with the bigger problems.

He was adamant that although it was a regular day dream, he did not want to return to his previously career. He felt that with the aforementioned changes in place he would be in a much better position. However, we also talked about how he could see a time in the future where he would feel he had outgrown his current church and what he might like to do next. On reflection, he decided that he would like a deputy position in a much larger church where he could take on a more evangelical role. This would mean he could spend less time working pastorally and more time doing evangelical work. All in all, a plan!

Click here for more information on how to book your own personality and leadership assessment session.

Dik, B., and Duffy, R. (2009) Calling and Vocation at Work: Definitions and Prospects for Research and Practice, The Counselling Psychologist (37), 424.

Kelly, G. A. (1955). The Psychology of Personal Constructs : A Theory of Personality Volume 2: Clinical Diagnosis and Psychotherapy, New York, Norton.