What Makes Ethical or Altruistic Leaders: Nurture or Nature?

21 Apr What Makes Ethical or Altruistic Leaders: Nurture or Nature?

Are Altruistic Leaders Born or Made? 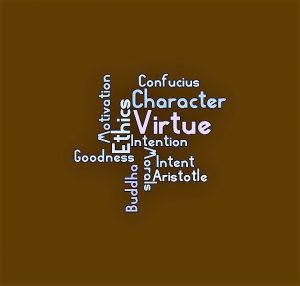 Ethical leadership, or the lack of it, is very much in the headlines at the moment. Altruistic leaders are a subject I’ve long found fascinating, so much that it became the subject of my dissertation research. The real inspiration was my sister, to tell the truth. Whereas my own career, in journalism and music PR, had been very much focused on lifestyle, my sister has only worked for charities and not for profits. Same nurture; same nature… just about. How could we be so different? I decided to look into it…

Ethical leadership is a relatively modern term, but its has its motivation in altruism, so this is where I looked first.

My first call was to look at the evolutionary psychologists who might argue that altruism doesn’t really exist. At least, not in a pure form. What we see as good works have a selfish motivation to protect our own kind. Also known as Reciprocal Altruism,  biologist E. O Wilson believed that it was a  genetic behaviour designed to protect the evolution of our own community.

Freud is another one who sees altruism as having selfish motives. He called it the fight between the ego and a need to feel part of a group.  The altruistic person is rewarded for their deeds by feelings of well-being, connection, or moral and social approval. I am sure that he would have argued that ethical leadership is motivated by approval and a need to belong. However, let’s not forget that Freud is definitely out of fashion at the moment.

But what about those people who suddenly shift and become known as altruistic or ethical leaders. Are they are acting selfishly? Are they merely trying to stand out or gain approval?

Altruistic Leadership As A Reaction to Suffering 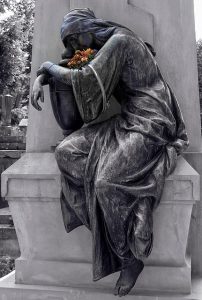 Research shows that altruism can develop after suffering, whether that that is the natural consequences of human life, like bereavement, divorce etc., or traumatic incidences like natural disasters. We have all heard of the people who run marathons in aid of charities after a loved one dies, or grieving parents who set up college scholarships in their child’s name. Someone who did a lot of research into this, Ervin Staub at the University of Massachusetts, suggests that instead of developing Post-Traumatic Stress Disorder, some people discover a deep commitment to helping others avoid suffering. This is known as Post-Traumatic Growth (PTG).  An example of this would be Somalian model Waris Dirie (1988) who has written and campaigned against Female Genital Mutilation (FGM) after her own childhood experiences in her book Desert Flower.

Instead of floundering in the “why me?” trap, those who are experiencing PTG look for meaning in their suffering:

Further research suggested that this kind of growth was mainly found in people who had a higher socio-economic status, were younger and well educated. It also linked it to importance of being an extrovert, optimistic, with social support: echoing research on “The Big Five” personality behaviours which can increase resilience and a positive outlook on the world.

Of course, you can argue that, with the right family values, one can grow up as an altruist. A anthropological study in the 70s suggests that this is so. Looking at children in six different countries, it noted that the most prosocial children came from traditional, altruistic cultures such as Kenya, with extended families, and mothers who worked in the community and gave their children more responsibility. The least prosocial were from the USA.

However, this doesn’t explain why my sister and I are so different in our motivations.

“Altruism is innate, but it’s not instinctual. Everybody’s wired for it, but a switch has to be flipped”

Abraham Maslow could have the answer in his hierarchy of needs.  Once people have fulfilled their more basic needs such as security, love and belonging, they can move up the pyramid to self-actualisation. The next stop is “selfless-actualization,” where people can turn their attention to helping others, but only once their own needs are met.

Again, placing this against my sister and I, my sister was involved in charity work and causes like Greenpeace from her mid teens. This was long before she had climbed the pyramid, and continued to do so even when living in the most insecure of times.

There’s one theory that doesn’t reply on on parenting, security or values. It suggests that it could be down to brain chemistry:  hypothalamic peptide oxytocin as a catalyst for pro-social altruistic behaviour.  Results of two studies indicated participants’ donating behaviours changed under the influence of oxytocin. Perhaps the time has come to swap fluoride for oxytocin in our drinking water?!

Seriously, although the problem intrigues me, I’m not sure we will ever know. Although, it would certainly be an interesting experiment to see if we can encourage ethical leadership and behaviour. Having ethical role models is the first step, and those what I’m developing in my della Scala leadership programme.