Are Your Work-Mates Defining Who You Are?

18 Jun Are Your Work-Mates Defining Who You Are?

Are you letting other people define who you are in life?

I’ve just been on holiday to Sicily and a large part of that was spent listening to Audible on the sunbed. One of the titles I’ve enjoyed was Beside Myself by newcomer Ann Morgan. The novel starts with two six year old twins. Helen and Ellie. Helen appears to be the smarter, more together twin (although she is the narrator so we just have to take her word for that!), whilst her younger twin is lightly slower and less sure of her herself. Helen brazenly admits that she sometimes bullies Ellie, and the day the novel begins she encourages Ellie to play the game of swapping places, where they dress up as each other and assume the personality of the other twin. In fact, the trick goes down so well that Ellie refuses to swap back and Helen finds herself cast in the role of her slightly slower sister. It is from this point we see her life slowly spiral. People expect less of her at school, that she will have temper tantrums and tell lies (and of course as she rails about the swap she lives up to these expectations).

Whilst the novel itself is a great summer holiday page turner, it also made me think about how other people’s expectations of us define how we act and the roles we let yourself fall into…or not! As a teenager I was expected and fell into the good girl role, taking my homework seriously and living with the sole aspiration of getting to University, and I have to admit that these expectations kept me on the straight and narrow. I have to admit that they worked well for me. It’s not a case that expectations of others are always bad.

Once at University, with those parental definitions behind me, and a new boyfriend in tow, I found myself living up to how the other students around me expected me to live. It was in those days of grants, not loans, and a lot of our non academic activities revolved around fun.  It was expected and I was happy to live up to that, and suffered no ill effects, apart from a few hangovers.

There’s nothing unusual in these stories and the effects, for me, were always positive, but it has made me think about how the people and expectations around us now can be morphing our behaviour, our activities and even our personalities. I regularly meet someone who hates her job. It sounds like she works in an environment where everybody moans about each other, where bullying is tolerated, and the workload boring and repetitive. She openly admits that it is a monumental effort not to fall into that pattern of moaning and blaming others, and that the longer she is there the harder it is. I also know someone who worked in a hairdressers where the manager would regularly scream at his staff and bitched about his clients behind their backs. It’s no wonder that new staff gradually started becoming moodier and felt they had to join in with the bitch fests in order to fit in with everyone else.

It’s worth taking some time to shine the light on the people in your own life who may be influencing you. Ponder the following questions to see if you’re in the position of letting others have too much influence (for the worse): 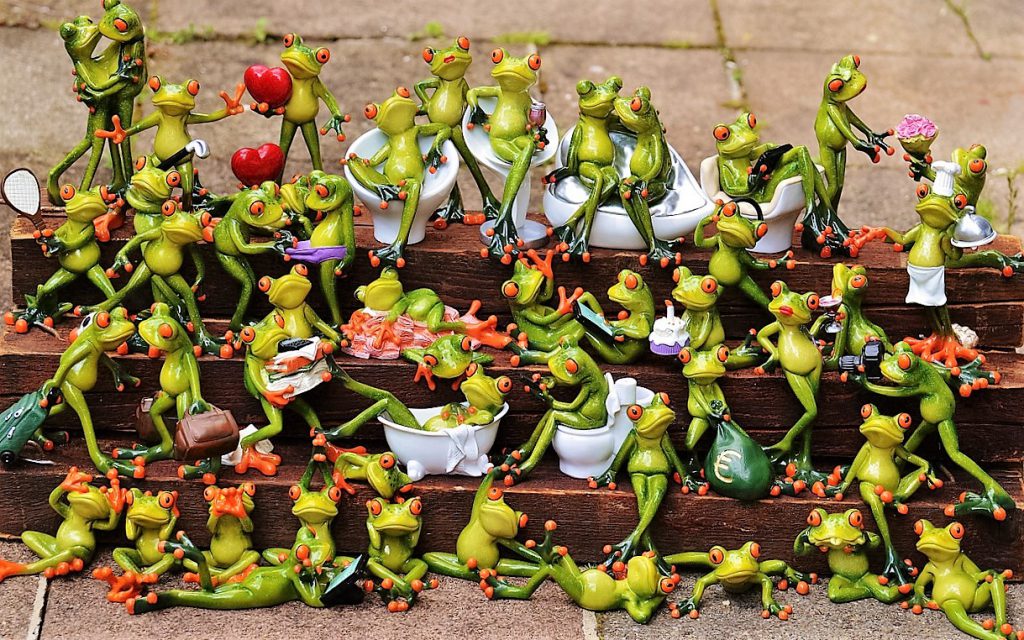 Do your colleagues influence you more than you think?

One of the lovely things about running my own business (and now being back at Uni, doing my post-grad studies) is that people expect you to be open, excited about new ideas, always stretching yourself and willing to question things rather than accept what you are told. It’s an environment that suits me and what I want to get out of life at the moment. Admittedly, I seem to have found it by accident rather than design, but I love living up to my role and I know it does me good.

Hopefully you can say the same thing?

Besides myself is available from Amazon here. Check out my career coaching packages if you’d like to talk about whether the expectations surrounding you are helping you get where you want to be, and what to do about it if not.