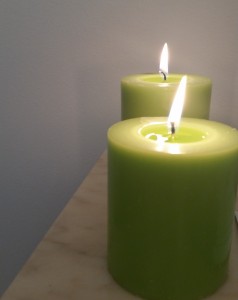 There’s a blog I read regularly called Zenhabits.net. Written by Leo Babauta, it covers mindfulness, simplicity and creating good habits. The subject matter is more personal than work based but much of it is equally applicable to work too.  The author is a great believer in creating habits that will carry you through without having to think too much and it’s a subject that I’ve been wanting to blog about for a while, as I think that knowing what helps us get stuff done can really help us build a routine that works for us.

I used to have a habit of writing my newsletter every Monday morning and I did that for over 7 years (eek). It was a large part of my marketing activities, and a successful part too. Even now I get people coming to me that tell me they have been on my newsletter list for five, six or maybe even seven years. It works. I know it works. And yet I still managed to drop that habit after seven years. I guess I got a little bored (hence the rebrand) and also felt that I should spend that time on the new holy grail of social media. Now my business has had a bit of a rejig and I’ve come to the realisation that time spent on my newsletter talking to people that already know my brand is far more valuable than anything I can do on social media. It’s a habit I wish I hadn’t dropped.

Another habit is my approach to social media. I used to lose hours on social media, especially Twitter, following interesting links, and eventually started going on with a heavy heart. I then moved to the “get on and get off” habit where, a certain number of times a day I go on, post, and then like/retweet/favourite/reply to or comment on a certain number of posts. Then I get off. I favourite interesting posts that I want to follow-up and check out the link later, and use my travel time to look at these. This is a habit that really works for me.

I Instagram once a day, usually over breakfast, and it’s now become second nature. I guess these are my best examples of how habits can work well.

At first glance rituals don’t seem to be much more than elevated habits but I think that there is something about them that adds an extra quality to your day.

I didn’t used to have a ritual when it came to work but I know have adopted a lovely morning routine that gently eases me into my working day if I’m based in the office. I have a huge desktop academic diary and I write out my to-do a list for that day in long hand with a pen I love. It sounds odd I know, but there’s something very satisfying about using this particular pen. It flows just right, like a favourite mug that makes tea taste better. I also write down my intention of the day, which could be to get x amount of coverage for my clients or do x amount of writing. The final part of this is a gratitude list which inevitably include my clients, opportunities that might be around at that time etc. All this is done with a pot of Earl or Lady Grey. Somehow, it just eases me into the day and my work always go better than the days when I have just had to hit the ground running.

Other people’s rituals that I have heard of include running before work to get those endorphins pumping, lighting a candle before they start work, or a gin and tonic at the end of working day when they clear their list. I think the last one especially could be worth experimenting with…

It’s not fashionable to talk about self-discipline. After all we are all supposed to be doing what we love and shouldn’t need self-discipline, but I think this is incredibly underestimated. I’m a big one for planning. I love it, but it’s only that self-discipline that moves it off the page and makes it happen. It’s mainly self-discipline that keeps me powering through my to-do list, that pushes me to make those calls to journalists or write a guest blog when there’s no one breathing down my neck demanding it.

As a mother of teenagers I also like to think that I’m acting as a good role model by illustrating what and where self-discipline can get you.

And when that self-discipline just doesn’t work. Well, if you think you’re a person that doesn’t have much self-discipline, then I believe it can be built. It’s like a muscle that just needs  regular work outs. If you’re usually pretty good but self-discipline just isn’t working in one particular case/on a certain project, then perhaps you should be looking at whether you really want to do it in the first place.