The Darker Side of Working With Groups

29 Oct The Darker Side of Working With Groups

Groupthink: Recognising and Diffusing It 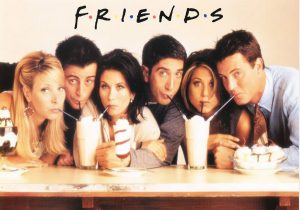 I always remember a conversation with my Dad where he was telling me that groups are more than the sum of their participants, they are an entity and even a personality of their own. Now, he was talking about football fans and crowd behavior at the time but it’s uncannily echoed in the recent work I’ve been doing on group dynamics and more specifically a state called Groupthink, something I like to think of as the darker side of groups and the influence they can have.

“Our collective behaviour is strikingly different from the way we as the individuals in the group will behave when on our own”
Rogers, J (2010)

Groupthink is a term that was first coined by a guy called William H. Whyte. Jr who used it in an article in Harvard magazine in 1952. It was then fleshed out and used in an academic concept by Irving Janis in 1972. What I find interesting is that he highlighted the bit about Groupthink I find really dangerous…how seductive and comfortable groups can sometime be:

”The more amiability and esprit de corps there is among the members of a policy-making ingroup, the greater the danger that independent critical thinking will be replaced by Groupthink, which is likely to result in irrational and dehumanizing actions directed against outgroups”
Janis, I  (1972).

So, you may feel like you’re in an episode of Friends but the reality is that what’s going on is this… 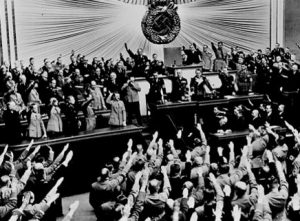 OK, so the Nazis may look extreme but actually they do display some of the classic signs of Groupthink:

On a more personal scale, I’m sure we can all come up with examples of times when we’ve been part of a group and seen it make bad decisions, or, conversely, occasions where we’ve watched a really cliquey group and wondered why they were so critical of others. It happens in all walks of life, not just the office. I was with a group only recently that had received what could have been some really valuable critical feedback, but it was dismissed as “coming from one of those whiners.”

Even professions that value and need creative thinking may find that stunted by Groupthink.

So, what could we do to prevent Groupthink, or stop it in its tracks? Jenny White suggests using a SWOT analysis which means that participants are forced to face up to threats and weaknesses.  Dr Fred Lunenburg suggests making sure the leader is impartial, and not just a member of the group. He also suggest activities such as breaking the group up into sub groups and then allowing them to report back, perhaps with different recommendations (I wonder if there could be a competitive element here too?). The group can also bring in outside sources to check their decisions (a bit scary if they really do think they’re invulnerable!)  or just invite them along as guests to meetings to add another perspective.

He also suggests that members could take it in turns to be Devil’s Advocate, which reminded me of De Bono’s Thinking hats and adopting the black critical hat. Not everyone is up for such a responsibility, however, especially if the possible result could be that they get attacked. Actively, brainstorming doubts and possible negative consequences before making decisions could also work too, but I guess that the group needs to buy into this and know why they are doing it.

Actually, perhaps even just raising the subject of Groupthink and making them aware of it may be some help, and it is this that I would personally try as a first step. Fresh blood, too, may be a nice disruptive influence if that’s an option!